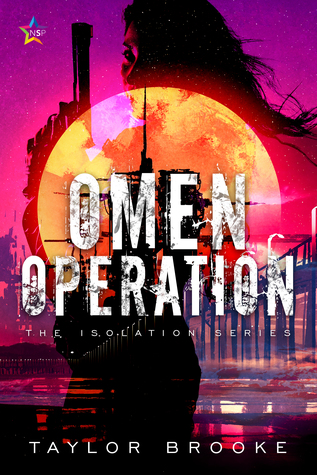 An epidemic hits the country, and Brooklyn Harper is stolen from the life she knew.

Implanted in a rural camp, Brooklyn and her friends are severed from their families and the outside world. Each day is filled with combat training to assure their safety against a mysterious virus and the creatures it creates—violent humanoids with black blood.

Two years later, Brooklyn’s cabin-mate, Dawson Winters, finds a letter that shatters the illusion they’ve been living in. There is a world outside Camp Eleven, and the virus that supposedly destroyed their country seems non-existent.

After a daring escape, Brooklyn finds the world they’ve left behind harbors the normalcy she remembers. But when they are attacked by a black-blooded creature in the city, Brooklyn and her friends realize there is more to Camp Eleven than they thought.

Someone took them, someone trained them, and now someone is trying to find them.

As their exploration continues, the group is faced with impossible feats while betrayal, love, and secrets force Brooklyn and her friends to fight for their life, their freedom, and most of all, each other.

All I knew about this book going in was that it had a bisexual MC, and there’s maybe a female love interest. In reality, the four core characters in this book are all bisexual (two guys and two girls), and they are involved with each other in all kinds of combinations – so, the bisexual female MC has both a female and a male love interest who are both bisexual themselves.

While there are no central nonbinary characters, there is a small acknowledgment that bisexuality isn’t only about being attracted to the binary genders, so that was nice. As I said, Brooklyn is both into Gabriel (female) and Porter (male) and Gabriel is dating Dawson (male) who Porter is also into, but I’d hesitate to call it real polyamory – although that might be where the series is heading. I’m curious to see how these relationships evolve in the next book(s).

As for the plot… honestly, I don’t have much to say that wasn’t already in the blurb. Half the big secrets were already revealed in the first chapter, which felt a little soon, I would have preferred more time in the camp maybe. Then something happened to my favourite character around halfway in that just made me stop caring about the book, and if not for the last chapter, I probably wouldn’t have rated it above 2 stars.

All in all, this was an okay read and I certainly appreciate the amount of queer representation, but it felt very much like the beginning of something, like an introduction, and I don’t think it’s particularly enjoyable without the rest of the series.